Close but no Cigar: Women, Wine and the Persistent Double Standard

At 50, my mentor Sommelier is only 15 years older than I am, and she was the first female sommelier in Toronto.

In the past few years, there have been numerous articles praising the wine industry for opening its doors to women. Without dismissing how far women have come in the wine industry, I don’t agree that we are even close to equality, or that sexism is a thing of the past. I’d like to share my 10 years of experience as a woman in the wine industry.

Growing up in the 1980’s in Belgium and afterwards Israel, I was raised by society to believe marriage, motherhood and domesticity were my ultimate goals. I was not encouraged to think about a career, while on the other hand, my brother was taught to fight for whatever he wanted in his life, to be a hunter, and to never give up. To be a man. As a girl, I was expected to be cute and agreeable; not to argue, but to be nice and smile. Little has changed; to this day women are told to smile by complete strangers on the street and at work. 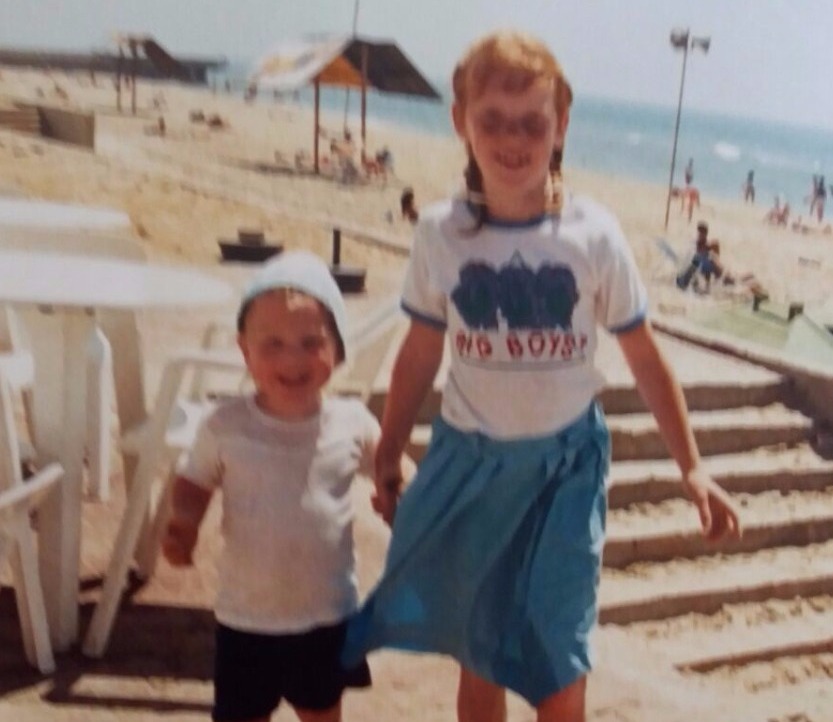 At the beginning of my career as a server I was told to smile constantly by owners and customers. Later, when I became a sommelier – one who, as a woman, had to fight to be taken seriously – I had to teach myself to smile less. Unsurprisingly, my male colleagues were respected, smile or no smile.

The struggle is real and it goes on within me and without. To this day, those childhood messages still ring in my ears. I remain ever vigilant, reminding myself to listen to my now voice; the one with a very different message. I had to teach myself early in life, that I would have to fight for my career; it wasn’t going to be handed to me on a silver platter, and it wasn’t even going to be as easy as it would be for my brother.

In my first posting as a restaurant sommelier, I had to demand being put in charge of the wine list. It came down to an ultimatum; give me what I’ve worked so hard for, what I know I can do, or I walk! I was fortunate to be surrounded by strong, supportive people who encouraged me to defend my worth and demand my rights. While trying to push my career forward, I noticed how much women sommeliers were still judged by the clothes they wore on the job. Her blouse shouldn’t be pink or floral; I have to wear a suit to be taken seriously, while my male colleagues may well show up to the most exclusive wine tastings wearing shorts, sandals and a T-shirt, and still command professional respect. Good luck trying that as a woman.

Over the years, I saw many talented women sommeliers remain trapped in lower positions, not being acknowledged for their hard work and expertise, and not getting payed the same as their male colleagues. I saw them noticing it, struggling with it, yet not fighting for themselves, for change, for what was rightfully theirs.

On the restaurant floor, I was more than once introduced to clients by servers this way; “…here is our beautiful sommelier, she will help you with the list.” Needless to say, they didn’t introduce my male colleagues the same way, even though some are exceptionally good looking. I realize the comment didn’t come from a bad place, but when one has spent years and years working hard, gaining knowledge, gaining experience in selling and suggesting wine, as I have done, only to be acknowledge for my looks, is disappointing and offensive.

And rarely do you hear; “…here is your beautiful doctor who is going to perform surgery on you.” Or “…Here is your beautiful lawyer, who will take care of your case.” Oh, I expect it happens every now and then, but I’m willing to bet, not nearly as often as in the world of wine and hospitality, so why is that? What is it about the wine industry that is so behind when it comes to gender equality and sexism?

I can’t count the times I’ve gone to a restaurant with a man, and he was automatically handed the wine list. In fact, I can’t recall a single time the wine list was placed in the center of the table, handed to me, or the question of who would like the wine list, was even asked. Moreover, even after I asked the sommelier or server questions about the wine, they often answered my male companion, completely dismissing me, expecting him to make the call, sometimes even deferring to him for that sample sip of a wine I had chosen! I was starting to take it personally! So, wondering if it is just a problem I experienced or rather a bigger problem, I decided to talk with my colleagues – women sommeliers – to compare notes. Their immediate response? “Oh, I never get the wine list when going to a restaurant.” (Whew, it’s not just me!)

When I told these sad stories to one of my male colleagues, he said “Actually, sometimes I do give the wine list to the lady.” I asked him to take a good look at the word “sometimes” in his response. Is practicing equality “sometimes” good enough? I proceeded to inquire how he chooses when to give the woman the wine list. Is it her tough demeanour; if she smiles less or seems bossy; perhaps if she’s more “masculine” in her dress or looks; does he go by the colour of her outfit – black gets the wine list, pink means she’s too “feminine” and will be lost in the world of serious decisions? Feeling uncomfortable with my questions, he just claimed that sexism is not an issue in our industry, dismissing all of my, and my female colleagues’ real life experiences in a split of a second.

Listening to his words I decided to dig further and check how much equality really does exist in the wine industry and what the statistics say. This is what I found:

The wine industry pats itself on the back about the mere existence of women Master Sommeliers, but I’m asking, why so few? When last I checked, women, at 50.4% of the population, make up a slim majority of Canadian society. Another interesting tidbit; women are twice as likely as men to be what is known as supertasters – people with a greater than average sense of taste.

Out of seven Canadian sommelier and wine writers invited the Best European and South African Sommelier Competition gala, there was only one woman. Me.

At the gala, I was asked more than once who my husband was. It was assumed that he, not I, was the sommelier. It seemed beyond the imagination that a young-ish women sommelier would be invited to attend this exclusive event as a result of her career achievements, whereas the presence of many young men was accepted as entirely expected; I didn’t come across anyone asking the whereabouts of the successful somm-wife of said young-ish males.

At tastings where the wines range from $10 to $55 you may well find an equal proportion of male to female wine professionals. But when the wine tasting is very exclusive with expensive bottles of $100 and up, the number of women in attendance takes a nosedive. In fact, I’ve been to some high-end tastings where I was the only female. When I mentioned this to one of the Canada’s first and most well-respected wine writers – (sorry, no names!) – his response was; “Oh, there is one female wine writer who is approved to attend the LCBO* Vintages Release tastings but she never comes.” Gee, I wonder why?

I’m a practical person who wants to make change, so I started training my servers and the young sommeliers I mentor about gender inequality in our industry. I train them to put the list at the center of the table or simply ask the patrons “Who will decide about the wine tonight?” I urge them to watch what they say to women colleagues – surprisingly, many are still not aware of the fact that they shouldn’t tell their women colleague to smile. We should all smile as appropriate to the conversation – male and female!

Acknowledging the fact that sexism does exist in the wine industry is the first step to making a change. I’m calling on women in the wine industry to speak up. Demand equality when you get less because of your gender; call out people when you are at the receiving end of sexist comments; share your life experiences. This is the only way society will take notice and make changes. Speaking up isn’t a show of weakness – it’s not being a complainer and it doesn’t make you a “bitch”, a “victim” or a “whiner”. On the contrary, it shows courage and strength.

To the men reading this, please acknowledge your privilege, open your eyes and ears, and don’t forget many of the people you love the most are women – mom, life partner, sister, daughter, auntie. Treat your female colleagues, employees, or employers with the same respect you give freely and without question to your male colleagues, employees, and employers. Become ambassadors of equality and an ally of women’s rights, because, unfortunately, your voice is still louder than mine. For now.

*Liquor Control Board of Ontario (for readers outside of Canada).

Can Google be a better sommelier than you?

Is Wine and Millennials Even a Thing?

Stop looking for the “perfect match” and start celebrating diversity!